For the construction of the platform, ONE looked for a new supplier, outside the traditional market suppliers, to build the P11 project. KH Engineering was selected for the design of the topside, because KH was large enough to jointly undertake the investment. The client’s business model is based on diversification and making a difference compared to the traditional market. The client wanted to use this to gain a competitive advantage.

The scope was to standardise and innovate as much as possible during the project. In addition to the process installations, the unmanned satellite was equipped with an emergency shelter for eight people, a helicopter deck and a five-ton crane.

Energy is generated by several wind turbines and solar panels. The design of the topsides can be applied without modifications to a wide range of gas fields up to a capacity of two million m3 gas per day. The modular jacket can be used for water depths of up to 50 metres by using modular spare parts and can therefore be used throughout the southern North Sea. KH Engineering was involved in the project from beginning to end, from conceptual engineering to detailed engineering. The client’s commitment and integration were crucial for this. Delivering on time and as agreed, as well as working together, were the keys to success. During the project, we learned a lot from each other.

Benefits to the client

The project was executed by an integrated team. A separate floor was cleared for use by the client and KH team at our location during this designphase, which resulted in exclusivity and innovation for the client. The process knowledge within KH Engineering was applied to the operation. And we ultimately created a tailor-made solution: an unmanned platform that can produce independently. Advantages for the client were the speed of drafting a quotation and the availability of the right technical disciplines.

Smart Asset Integrity Solutions deliverd the clients support for specification of the material and equipment of the satellite. They inspected the platform during fabrication and final completion. 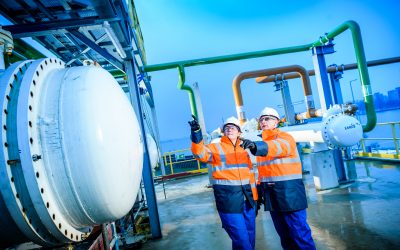 To strengthen its market position, chemical production company INOVYN drew up a new business case for replacing caustic soda (NaOH) with potassium hydroxide (KOH) as a by-product of chlorine production.

END_OF_DOCUMENT_TOKEN_TO_BE_REPLACED 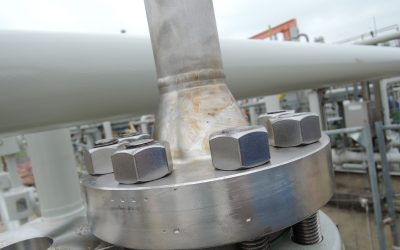 One of our clients distributes products to users via pipelines. The company is the owner of the pipelines in the Netherlands and Belgium. The project was creating piggable pipelines.